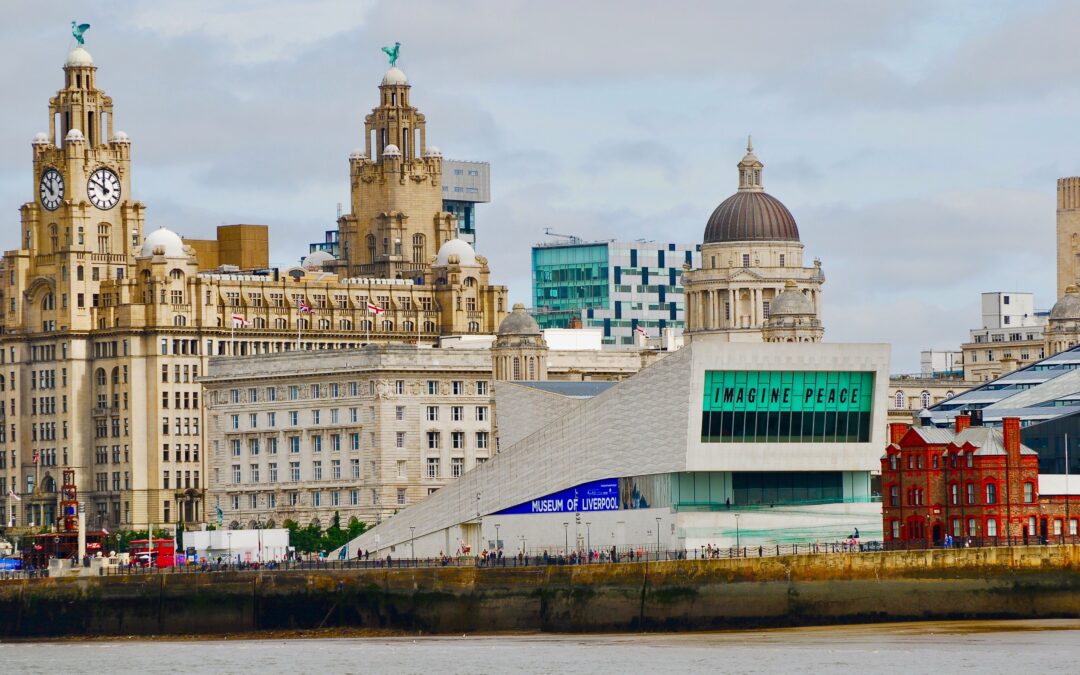 Liverpool is a city in the north of England with a distinctive accent (the way words are pronounced) and dialect (the actual words that are used). The accent here is completely different from accents spoken even just a few miles away.

Watch this video of footballers Steven Gerrard and Jamie Carragher being interviewed about a charity football match at Anfield, home of Liverpool F.C. As you’re watching, try to notice the ways that this accent is different from my accent and from a standard British accent.

Below the video you’ll find my notes on a couple of the key accent features and below that, a full transcript of what they’re saying (and, by the way, this is my own transcription and is much better than the one automatically generated by YouTube!).

Steven Gerrard and Jamie Carragher talk ahead of kick-off at All-Star charity match at Anfield.

You should notice a couple of differences with the consonants:

Firstly, the r-sound in a Liverpool accent is what’s called a tap. This means the tongue briefly hits the roof of the mouth. This sound is far more similar to the pronunciation of /r/ in languages like Arabic, Spanish, Portuguese, Bengali and Korean than it is to most British English accents.

Secondly, did you notice anything about the voiceless plosives, the /k/, /t/ and /p/? You may have noticed that this is far more aspirated than you are used to hearing from British speakers. This means there is a lot of air released when these sounds are said.

On Friday 22nd October at 1pm, we’ll be joined in my membership Time to Talk by a guest with a Liverpool accent. Students who watch live will be able to ask her questions and to repeat words as many times as is necessary to feel confident with the accent. This session is loads of fun and great for your listening confidence too.

Here’s your transcript in full:

Interviewer: Well, welcome to the tunnel. I have the two skippers with me. How you both feeling?

SG: Yeah, excited. Erm, it’s a bit surreal really you know, seeing all the faces in the dressing room and having prematch earlier with so many star names and obviously ex team mates and current team mates, it’s a great occasion. Er, I’m gonna try and enjoy it and hopefully we get the win.

Interviewer: When we launched it a couple of weeks ago some of these names you wondered if they’ve still got the make it (???)  but when you see all of them walk into the dressing room it’s it’s brilliant the way it’s come together.

JC: Yeah, Stevie’s right. Yeah some great names and players that are still playing you know great names within the Premier League. I think the best player in the Premier League Thierry Henry’s involved he’s just he’s just retired as well but for all ourselves just meeting up with the lads beforehand seeing the old faces laughing and joking in the dressing room I’m sure that’ll continue all day but you know Stevie’s right you want it to be a competitive game and to – we’re both desperate to win. He’s picked the old stars, all the big heads so it’ll be er interesting.

Interviewer: There’s a bit of zip on the pitch isn’t there, a bit of rain. Who’s gonna be the first one to commit a rash challenge do you think out of the two squads?

SG: Oh I think everyone’s been warned you know. We do want a competitive game of course but we’ve gotta be respectful to all the clubs and all the players involved so there’ll be no – no one going over the top, not like last week er we need to move on from that so. No, as I say yeah we want the tempo to be right for the supporters who’ve paid good money. We want it to be entertaining and good fun but at the end of the day we’re both two winners and we both wanna win the game.

Int: Quite strange with some of them walking into the top of the tunnel not knowing which dressing room to go in. John Terry was a bit confused walking in to the one on the left wasn’t he?

Int: What about you now. How have you ticked over have you done any 5 a-sides between all your trips, done TV work?

JC Nah, I’ve been keeping fit but I haven’t kicked the ball for a long while so the warm-up’s vitally important for me.

SG: Excuses, getting the excuses in. Get them in early.

Int: Well listen, we wish you all the best. Thanks for joining us.

How to pronounce /e/ and /æ/ in a British English

Your English Voice is my British English pronuncia

How to pronounce LOAD and LOUD in a British Englis

How to pronounce ATHLETE /ˈæθ.liːt/ in a Briti

How to pronounce PRAYER /preə/ in a British Engl

Practise the LOT/CLOTH vowel /ɒ/ in a British Eng

How to pronounce PARENT /ˈpeə.rənt/ in a Britis

In this video I have a special Christmas message f

How to pronounce HOLY and HOLLY in a British Engli

How to pronounce ELVES /elvz/ in a British English