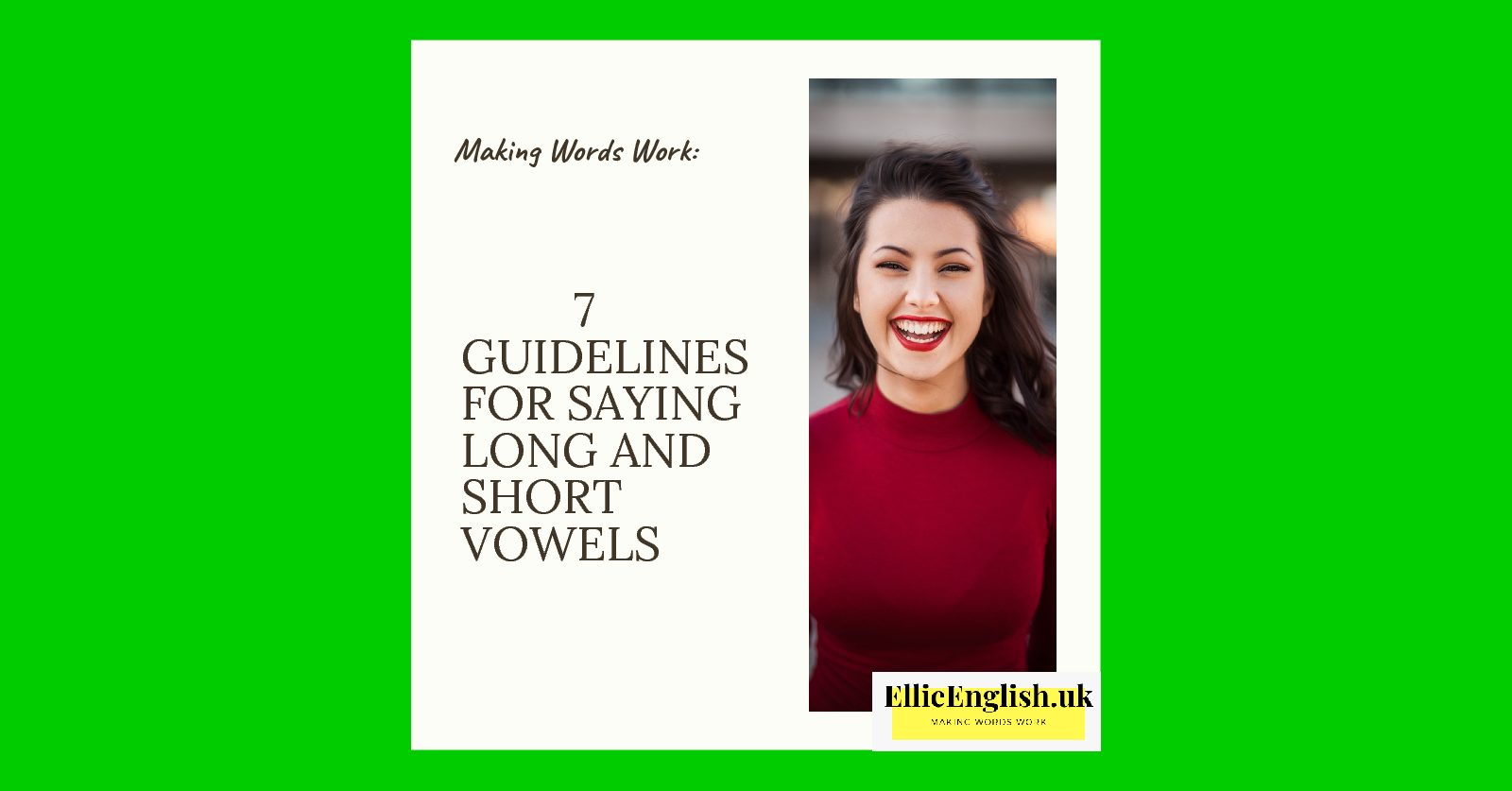 When is a vowel pronounced short or long?

English, as we know, is a language that has borrowed from everyone and his dog. This has blessed us (!) with a highly complex and irregular system of spelling and pronunciation which you, dear language learner, now need to navigate. I’m sorry about that.

While there are no hard and fast rules for English spelling and pronunciation, there are some guidelines which, if you follow, will help you make accurate guesses for unknown new words. Be warned though, for every guideline there’s an exception. That’s why I call them guidelines and not rules.

Guideline 1: If a vowel if followed by a single consonant at the end of a word, it is pronounced as short vowel: sit, log, had, men, bus

Guideline 4: If a vowel is doubled, it is usually a long sound: fleece, sheep, goose, moon. Notable exceptions: book, foot, blood – all these are said with short vowels

Guideline 5: If two different vowels appear next to each other, the second is usually silent while the first is prounced the way you would say it if you were chanting the alphabet: wait, dream, loan. Exceptions: said, head, riot

Guideline 6: If a vowel is the final letter in a word, it is pronounced as a long vowel: she, me, he, go, domino, flamingo

Guideline 7: If e is at the end of a word, the vowel in the same word becomes long. This is a basic rule taught to young children and is sometimes called Magic E: same, late, bake, slate, blade, deviate, magistrate

When we add a suffix to the end of a word, there are times when we double the final consonant and times we don’t. Whether this consonant is doubled or not may or may not impact on the pronunciation of the word.

Be careful here because there is much to trip the unsuspecting language learner up. Let’s look at some examples:

If a root word ends with e, we drop this e if we want to add ING but we don’t double the final consonant. Because the word ended in e in its base form this is still reflected in the pronunciation even though it’s no longer there in the spelling.

If the word didn’t end in e then we double up the final letter of the root word. Because the root of the word did not end in e, it follows the rule of a short vowel before a single consonant.

Things can appear complicated around doubling consonants and knowing how to pronounce them but actually they’re not. Just remember the guidelines above about root words.

Look at these pairs. All of them follow a logical pattern of pronunciation. Can you confidently say these words?

Need more help? Use the Cambridge Dictionary to check your pronunciation if you need to or contact me for details about my British accent coaching course.

Irene has been in the membership since it started

Whether intonation in tag questions is rising or f

I've been teaching English and Linguistics for ove

Mary is one of the newest members of my women's on

Intonation in WH questions falls in most British E

I get it, I'm a teacher, I'm supposed to talk abou

Speaking clearly and confidently isn't only about

In my FREE five day video pronunciation course you

The word WORD uses what we call a NURSE /ɜː/ vow

Carolina is one of the newest members of my women

This website uses cookies to improve your experience while you navigate through the website. Out of these, the cookies that are categorized as necessary are stored on your browser as they are essential for the working of basic functionalities of the website. We also use third-party cookies that help us analyze and understand how you use this website. These cookies will be stored in your browser only with your consent. You also have the option to opt-out of these cookies. But opting out of some of these cookies may affect your browsing experience.
Necessary Always Enabled

Any cookies that may not be particularly necessary for the website to function and is used specifically to collect user personal data via analytics, ads, other embedded contents are termed as non-necessary cookies. It is mandatory to procure user consent prior to running these cookies on your website.